Australia will consider banning the AstraZeneca vaccine from being given to people under 30 in line with Britain recommendations.

Most Australians were to receive the AstraZeneca vaccine with the government securing 53.8 million doses, including 50 million to be manufactured locally.

The jab was declared safe by the Therapeutic Goods Administration and is an integral part of the nation's slow-moving vaccine rollout - meaning there is no sure-fire way to demand another vaccine.

Prime Minister Scott Morrison, Health Minister Greg Hunt and state premiers have publicly backed the vaccine and urged Australians to get it.

However, the federal government has at the same time asked the Australian Technical Advisory Group on Immunisation to review the British findings.

'The government has asked ATAGI and the TGA to immediately consider and advise on the latest vaccination findings out of Europe and the UK,' it said.

Advice from the two bodies will be given to the Australian Health Protection Principal Committee, comprised of the state and federal chief health officers.

Mr Morrison said National Cabinet would also consider the British recommendations when it next meets.

'The Australian Government places safety above all else, as it has done throughout the pandemic, and will continue to follow the medical advice in protecting Australians,' a government spokesperson said.

There were just 79 cases in Britain out of 20 million who received the jab.

Chief medical officer Paul Kelly admitted the link between the AstraZeneca vaccine and blood clots was getting stronger.

'This potential link, it is still potential but more looking more likely between the AstraZeneca vaccine in certain people and this extremely rare blood clotting event,' he told Sunrise on Thursday morning.

'But I think very importantly, we need to realise this is an extremely rare event and we will be looking for the advice, the specific advice from our medical expert panel who are meeting today.'

A review by the UK's drugs watchdog the MHRA found that by the end of March, a rate of just one in 250,000 Britons who received the AstraZeneca vaccine had suffered deadly blood clots in the brain or arteries.

Slides presented at a press conference announcing the change in guidance on Wednesday showed that younger people are more prone to blood clots after vaccination than older groups.

The MHRA said healthy people aged 19 to 29 should be offered either the Pfizer or Moderna jabs instead when the programme moves to younger groups in the coming months.

Anyone who has already had their first dose of the AstraZeneca vaccine, regardless of their age, is being advised to go for their second appointment as planned.

51 million doses will be made available in Australia during 2021

AstraZeneca's jab is only being paused for under-30s in Britain because coronavirus levels are getting low, said the nation's Deputy Chief Medical Officer Jonathan Van-Tam.

If Covid was still more prevalent, as it is in the rest of Europe, he suggested that the vaccine would still be recommended for all ages, including young people.

The MHRA insisted there was still no concrete proof that the British-made vaccine is causing the clots, but admitted the link was getting firmer.

The review prompted the UK Government's vaccine advisory group, the JCVI, to recommend that people aged 18 to 29 be given an alternative jab.

It comes after a Melbourne man's rare blood clotting disorder was 'likely linked' to the AstraZeneca vaccine.

Pregnant women were not enrolled in any coronavirus vaccine trials, leading many to wonder if they should be vaccinated at all.

When vaccines for coronavirus first started to be rolled out, the World Health Organization warned that they should should not be used on pregnant women due to lack of evidence about the safety and efficacy.

Later, the organization walked back its advice and said vaccines can be administered in expectant mothers safely.

Additionally, the Centers for Disease Control and Prevention, the American College of Gynecologists and the Society for Maternal-Fetal Medicine say vaccines should be offered to pregnant women.

This is because expectant mothers are are at a greater risk of severe illness or death if they become infected with COVID-19 compared to non-pregnant women of the same age.

Experts say pregnant women should talk to their healthcare providers first and be informed of any potential risks of getting the vaccine.

The TGA and the ATAGI met on Saturday morning and Acting Chief Medical Officer Michael Kidd said no changes to the AstraZeneca rollout were recommended.

He said it was likely, given similarities with rare overseas cases, that the man's clotting disorder was related to him receiving the jab.

However, Professor Kidd again emphasised that the risk of serious disease and death from Covid-19 among the mostly unvaccinated Australian population was 'far greater'.

The expert advice is the result of investigations into the illness of the man in his 40s who was admitted to Melbourne's Box Hill hospital after receiving the AstraZeneca jab on March 22.

'While at this time, we don't have evidence of causality, the clinical features of this case are consistent with what we have seen in international reports of similar cases,' Prof Kidd said.

'And it is likely that the case reported yesterday is related to the vaccine. This would be consistent with international experience.'

Four million Australians were due to have jabs by the end of March, a target missed by more than 3.3 million.

The government had aimed for all Australians who want a vaccine to get one by the end of October, a goal critics say is out of reach.

Health Minister Greg Hunt expects more than one million Australians to be vaccinated 'very soon' and anticipates the two million mark will be exceeded not long after that as more general practices join the rollout.

On Wednesday, an elderly woman with pre-existing medical conditions died hours after receiving her Covid-19 vaccine in a Queensland aged care home.

Most Australians will be offered the AstraZeneca vaccine with the government securing 53.8million doses, including 50million to be manufactured onshore

It is understood the 82-year-old received a dose of the Pfizer vaccine at the Springwood Yurana Aged Care Facility on Wednesday, before she died in the afternoon.

Chief Medical Officer Paul Kelly said 'at this stage there are no signs of any causal link'.

'Sadly more than 1000 people pass in aged care every week. It is inevitable, as the head of the TGA has noted, that this will include people who have been recently vaccinated.

'It can be expected that older and more frail people in an aged care setting may pass away due to progression of underlying disease or natural causes, this does not mean the vaccine has contributed to this.'

The woman had a lung condition.

WHAT ARE THE SYMPTOMS OF BLOOD CLOTS?

Blood clots are differently sized clumps of blood that have formed inside a vein.

Deep vein thrombosis (DVT): A DVT develops when a blood clot forms in one of the veins deep inside your body. They mostly occur in the legs, but you can get a DVT anywhere in your body. The most common symptom is pain and swelling in the affected area, usually your calf or thigh. However, sometimes there are no symptoms.

Blood clot in the brain: A blood clot in the brain is called a stroke. The symptoms of a stroke include weakness or drooping in the face, arm or leg, difficulty speaking or understanding, dizziness, blurred vision, severe headache and difficulty swallowing. If you or someone else experiences the signs of stroke, no matter how long they last, call triple zero (000) immediately and ask for an ambulance.

Blood clot in the heart: A blood clot in the heart leads to a heart attack. The symptoms of a heart attack can include chest pain (as though your chest is being pressed or squeezed by a heavy object), shortness of breath, feeling weak and light-headed, nausea, a cold sweat, and feeling anxious. If you have any of these symptoms, or if they get worse quickly or last longer than 10 minutes, call triple zero (000) and ask for an ambulance.

Blood clot in the lungs: If the blood clot travels to your lungs, it's called a pulmonary embolism. Symptoms include shortness of breath, chest pain, coughing up blood, sweating, rapid heartbeat, feeling dizzy and clammy skin. A major pulmonary embolism can be fatal. If you think you may have a pulmonary embolism, go to the nearest emergency department or call triple zero (000) and ask for an ambulance.

Blood clot in the leg or arm: The most common signs of a blood clot are swelling, tenderness, redness and a warm feeling around the area of the clot. It's more likely to be a clot if you have these symptoms in just one arm or leg.

Blood clot in the stomach: Symptoms include severe pain and swelling. 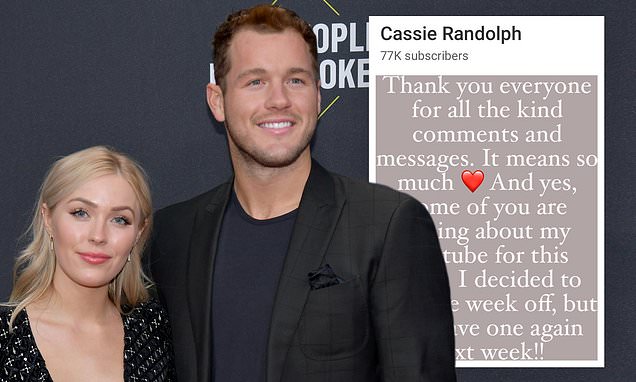 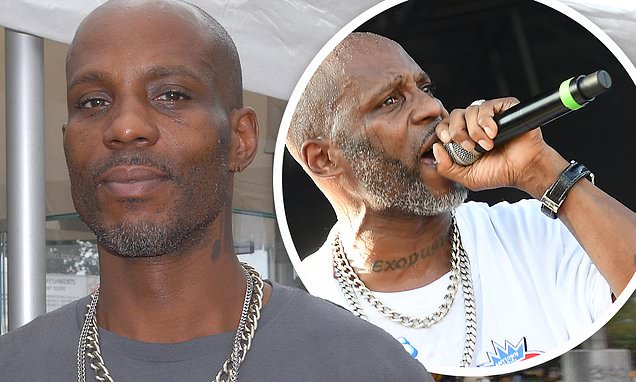 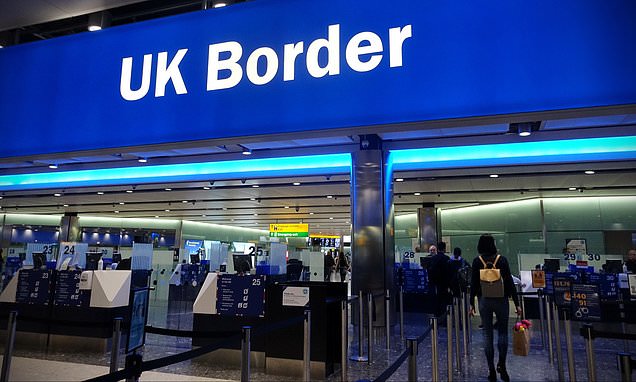 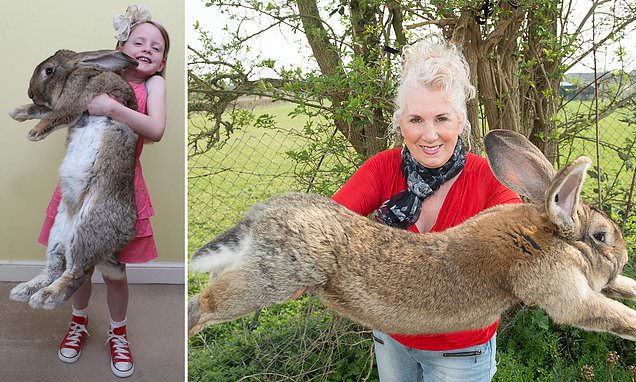