Researchers looked at 46 pediatric patients diagnosed with multisystem inflammatory syndrome in children (MIS-C)MIS-C is a condition in which different body parts become inflamed and is linked to children infected with COVID-19Of the 46 children diagnosed with MIS-C, 24 of them developed neurological symptoms or signsAll of the 24 had headaches while the next common symptom was brain damage, known as encephalopathy, which affected 14 childrenLess common symptoms included hallucinations, problems with peripheral nerves, and seizures

Half of all children who develop the rare inflammatory condition linked to COVID-19 have neurological symptoms or signs, a new study suggests.

The most common symptom was headache, but children could also develop more serious side effects such as hallucinations or seizures.

The team, from The the American Academy of Neurology, says the findings show why it's important for doctors to carefully monitor pediatric patients with COVID-19 to see if they develop any of these worrying signs.

In a new study, researchers looked at 46 pediatric patients diagnosed with multisystem inflammatory syndrome in children (MIS-C), 24 of whom develop neurological symptoms and signs

All of the 24 had headaches while the next common symptom was brain damage, known as encephalopathy, which affected 14 children (file image)

MIS-C was originally thought to be linked with Kawasaki disease, a condition that causes inflammation in the walls of the blood vessels and affects mostly children under five years old.

Cases were first reported in Britain, Italy and Spain in April 2020 and began cropping up in the U.S. in May.

A total of 3.185 cases have been confirmed across the country and at least 36 children have died, according to the Cetners for Disease Control and Prevention.

The majority of children and adolescents develop MIS-C between two and four weeks after being infected with the coronavirus.

Not every child who has developed the condition has tested positive for coronavirus, but 98 percent have - enough for doctors to believe the conditions are linked.

'With this new inflammatory syndrome that develops after children are infected with the coronavirus, we are still learning how the syndrome affects children and what we need to watch out for,' said study author Dr Omar Abdel-Mannan, of University College London in the UK and a member of the American Academy of Neurology.

'We found that many children experienced neurologic symptoms involving both the central and peripheral nervous systems.'

For the study, the team looked at records of children under age 18 admitted to Great Ormond Street Hospital in London between April 4 and September 1 of last year.

Of the children, with an average age of 10, there were 46 who met the criteria of MIS-C.

Results showed that 24 children had neurological symptoms with the most common being headaches - affecting all of the pediatric patients.

Fourteen children had encephalopathy, which is damage that affects the brain; six had voice abnormalities or hoarseness; and six had hallucinations.

Five of the children had ataxia, or impaired coordination; three had problems with their peripheral nerves; and one child had seizures.

Patients with these symptoms are more likely to need a ventilator or drugs to stabilize their conditions, but researchers found no differences in short-term outcomes.

'Children who develop this condition should definitely be evaluated for neurologic symptoms and longer- term cognitive outcomes,' said Abdel-Mannan.

'More studies are needed involving more children and following children to see how this condition changes over time and if there are any longer-term neurocognitive effects.'

The findings will be presented at the American Academy of Neurology's 73rd Annual Meeting being held virtually between April 17 and April 22, 2021. 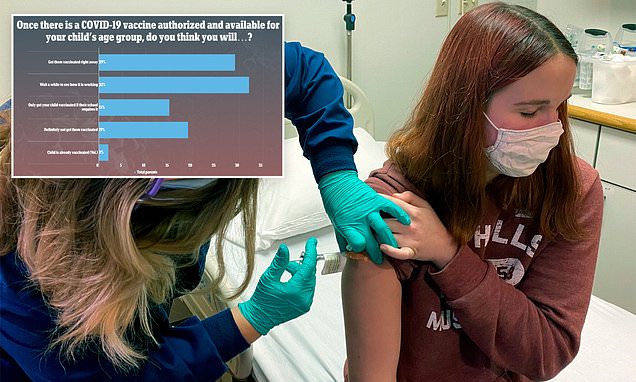 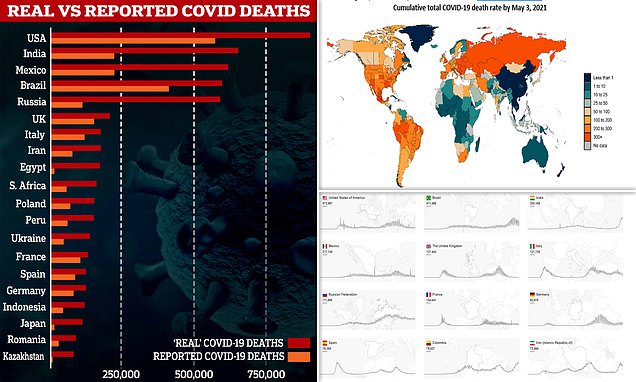 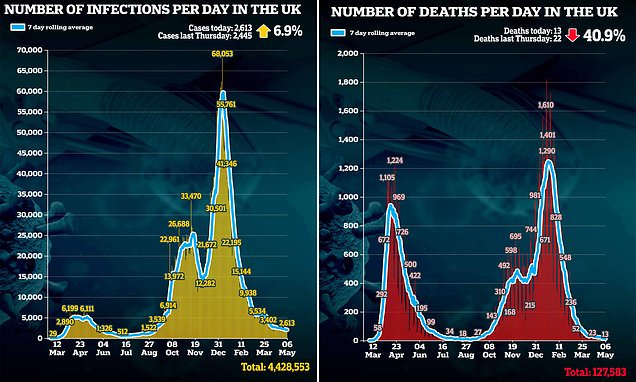