It’s that time of the week again when we bring you the best new movie trailers and TV teasers for stuff headed to streaming platforms.

Also read: The best TV shows and movies to stream in June

This week’s trailer roundup includes clips for Lin-Manuel Miranda Netflix musical, a horror trilogy based on author R.L. Stine’s famous book series, Apple TV Plus’ big end-of-year sci-fi release, and much more. So without further ado, let’s get this show on the road.

Lin-Manuel Miranda makes his feature directorial debut with this upcoming Netflix musical. The new movie trailer introduces us to American composer and playwright Jonathan Larson (Andrew Garfield) in his younger days. The film is an adaptation of his autobiographical musical that details the days leading up to his make-or-break performance amidst immense peer pressure and an artistic community ravaged by the AIDS epidemic.

Three movies over three weeks. This summer, Netflix will give us a trilogy based on R.L. Stine’s best-selling teenage horror book series by the same name. The new trailer picks up at the town of Shadyside, where a circle of friends accidentally encounter an ancient evil responsible for brutal, slasher-style murders. After 300 years of calm, the mayhem starts all over again as Shadysiders get possessed with an urge to kill.

What happens when the monotony of life naturally suppresses your deepest desires? This upcoming Netflix TV series seeks to explore a woman’s desire to reinvigorate her younger, freer self at a stage in her life when she’s happily married with a kid. The narrative takes the shape of a love triangle between the woman, her husband, and her provocative past. Will her truth start a sexual revolution in her marriage, or will it break it? Check out the trailer below.

Netflix has released a brief trailer for Mary Elizabeth Winstead’s assassin thriller releasing in September. The Birds Of Prey actor will play a ruthless criminal who, after being irreversibly poisoned, has less than 24 hours to exact revenge on her enemies. In the process, she forms an unexpected bond with the daughter of one of her past victims.

The 2007 American drama series that made a star out of Blake Lively and created a teenage binge-watching movement is getting a reboot. The series picks up nine years after the original Gossip Girl website went dark. As a new generation of New York’s young elite take control of private school Constance Billard, the notorious blogger remerges as the number one source into their scandalous lives. XOXO.

Steven Soderbergh’s HBO Max venture got a new trailer this week. No Sudden Move boasts a star-studded cast, including Don Cheadle, Benicio del Toro, David Harbour, Ray Liotta, Jon Hamm, Brendan Fraser, and others. It tells the story of small-time criminals hired to steal emerging car technology. When their plan goes south, they go on a quest to find out who hired them and why.

Apple has released a trailer for its upcoming ten-episode sci-fi series starring Shamier Anderson, Sam Neill, Firas Nassar, Shioli Kutsuna, and Golshifteh Farahan. As the name suggests, Invasion will follow the story of an alien invasion through different perspectives around the world. The clip looks pretty promising and given that the show is written and produced by Simon Kinberg (The Martian, Deadpool), it should make for an interesting watch this October.

Related: The best TV shows to stream on Apple TV Plus 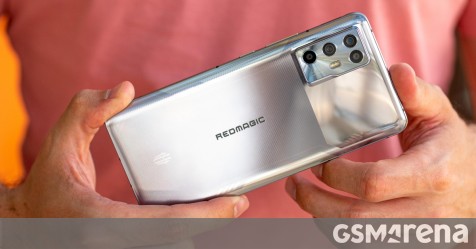