The iPad Pro isn’t the only tablet device that’s vying to replace your laptop. If you’re more familiar with Windows, you might find yourself more at home on a Microsoft Surface Pro. That’s why we’ve gone ahead and picked out some of the best Surface Pro deals across the web.

The Surface Pro comes in a variety of sizes and specs, so we’ve done our best to break it down a little bit further for you. We have everything from the high-end Surface Pro X to the budget-friendly Surface Go. We also have a few options for previous versions of the Surface Pro line too.

It’s important to remember that most Surface Pro deals don’t always include type covers or Surface Pen accessories. Luckily, the accessories you need aren’t hard to find and you can often grab them on a deal too. In terms of laptop-tablet hybrids, the latest Surface Pro 7 from Microsoft is among the best on the market. High-end engineering can mean high prices, but Best Buy is offering a 22% price drop on the Surface Pro 7 right now. That means you can pick it up for only $799 ($230 off).

The light and versatile Surface Pro 7 comes with an easily detachable type cover — usually sold separately but included in this deal — so that it can be quickly transformed into a 12-inch tablet. But in terms of specs, it’s more akin to a laptop.

The variant of the Surface Pro 7 on offer right now comes with an Intel 10th-generation Core i5 processor, 8GB of RAM, and 128GB SSD storage. In other words, it’s not a heavy-duty gaming laptop, but it’s well-suited to most any other tasks. Over 10 hours of battery life and Windows 10 Home included means it’s ready and raring to go.

The deal might not last, so hit the widget below to check it out while you can. Scroll on for more deals on the full lineup of Surface devices.

All of these deals were live at the time of writing and we’ll do our best to keep the list updated as we find new savings.

If you want the top-of-the-line from Microsoft, the Surface Pro X is the option for you. It combines fast LTE connectivity with two-in-one flexibility and an ultra-slim 13-inch touchscreen to help you stay productive. The Surface Pro X runs on Microsoft’s own SQ1 processor and a Snapdragon X24 modem to keep you connected.

If you’re ready for the most that the Surface Pro can offer, here’s an opportunity to save some money:

The Surface Pro 7 released at the same time as the Surface Pro X, but with hard work in mind. Surface Pro 7 doesn’t come with LTE capability, but it does pack a tenth-generation Intel Core processor to help you power through your day. It’s built to handle full-size applications like Photoshop as opposed to connecting on the go.

If you’re ready to work hard and also play hard, here are a few of the best Surface Pro 7 deals:

The Surface Go 2 is a perfect choice if you want to maximize portability and minimize weight. It packs a 10.5-inch touchscreen and weighs in at just over a pound, so you can take it anywhere with ease. The original Surface Go is also on offer too.

If you want to take your Surface anywhere, here are your best bets:

Now that you’ve had a chance to check out all of the Surface devices it’s time to accessorize! After all, you can’t really replace a laptop without a keyboard. Microsoft offers a variety of keyboards, docks, and other peripherals to help you complete your setup, and we’ll touch on a few of our favorites here.

There you have it: the best Microsoft Surface Pro deals. We’ll do our best to keep the list updated with the latest and greatest savings. You might also be interested to check out our laptop deals hub.

Google launches its first new app on Wear OS in years, and it’s…Gboard? Save 26% on an unlocked iPhone 11 Pro, and more great iPhone deals 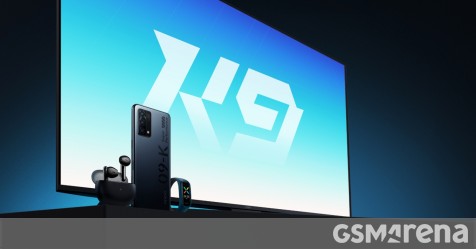