Ukraine's president has visited the country's frontline trenches as Russian TV warns that the two countries are 'one step from war'.

Russia is now thought to have massed more than 80,000 troops along Ukraine's eastern border, with an arsenal of tanks, artillery, armoured transports and support vehicles - raising fears of an invasion.

Ukrainian presidential spokesman Iuliia Mendel said today that 40,000 troops are now stationed in Crimea with another 40,000 near the Donbass region where Russian-backed separatists have been fighting government forces for years.

The country's President Volodymyr Zelensky is visiting the area near Mariupol, insisting on going to the most forward positions while wearing a camouflage flak jacket and helmet, CNN reported.

'If I visit a military base, the guys at the very front will hear about it and think I forgot about them,' Zelensky said during a two-day interview. 'They need to know they have political support.'

Clashes have regularly broken out in the east in recent weeks, undermining a ceasefire brokered last year that had raised hopes of ending a conflict that erupted in 2014 after Russia annexed Crimea.

Two Ukrainian soldiers have now been killed in clashes with pro-Russia separatists in Ukraine's war-torn east, its military said today.

Zelensky said that a Russian invasion is a real possibility that Ukraine is bracing for.

He said: 'They are ready, but we are also ready because we are on our land and our territory.'

Dmitry Kiselyov, a Russian news anchor who has been called a 'Putin propagandist' in the past, issued the warning during a primetime broadcast in Russia on Sunday.

He branded Ukraine a 'Nazi' state, saying that Russia may be forced to 'de-Nazify' it by force - a process he said would bring about its 'economic and military collapse'.

Meanwhile Michael McFaul, who was America's man in Moscow between 2012 and 2014 when Putin annexed Crimea, warned that Putin could invade Ukraine and bring war to Europe in a 'worst-case scenario'.

Ukrainian serviceman at his post on the frontline near the town of Zolote, in the Lugansk region on April 8

Ukrainian President Volodymyr Zelensky (left) is pictured above on the frontline

Russia has continued to move artillery pieces (left), armoured vehicles (right) and troops to its border with Ukraine amid warnings the build-up could spark war in Europe

There are now more than 80,000 Russian troops along the border, the Ukrainian president's office has said, with 40,000 in Crimea and 40,000 along the rest of the border

Michael McFaul, former US ambassador to Moscow, said the build-up - which is being carriedo out in full view of cameras (above ) - is 'definitely' designed to test Joe Biden

Videos from Rostov-on-Don, around 100 miles from the Ukrainian city of Mariupol, show tanks (left) and support vehicles being moved closer to the border

He said the current posturing in eastern Europe could easily spill over into all-out conflict if Russia decides to attack on the pretext of 'liberating' Russian-speakers in the east of the country who it considers citizens.

'If that happened the Ukrainian government and the Ukrainian army would respond, I have no doubt that they would, and then you would have a war in Europe between two very formidable armies,' he said.

In the meantime, Russia has resorted to attacking Ukrainian President Zelensky over the airwaves with state media painting him as the aggressor.

A news report on Russia's Channel One likened Zelensky - a former actor - to Napoleon after digging up images of him playing the part in an old TV drama.

The Ukrainian leader was dreaming of 'Napoleonic ambitions' by hoping NATO would come to his aid against Russia, the report said.

But it was clear Zelensky was not evaluating himself 'sensibly'. Portraying Napoleon on screen 'is not the same as doing it,' the report added.

Another report labelled the ex-TV comedian Zelensky a 'commander-in-chief comic', a 'president of war' who was 'inciting' conflict.

Viewers were told that Ukraine with NATO support, rather than Russia, was building up military firepower close to Donetsk and Luhansk, which are controlled by pro-Moscow rebels following a civil war in 2014 that has led to more than 14,000 deaths.

'Never before has there been so much Nato military hardware in Ukraine,' claimed the report.

These claims could not be immediately corroborated.

Videos have also shown tanks, mobile artillery, howitzers, armoured personnel carriers and support vehicles being ferried to the front - many of which are being massed at a camp near the city of Voronezh, around 115 miles from the border.

Mendel added that Ukrainian President Volodymyr Zelenskiy has requested talks with Putin over the troop buildup, but has not yet received a response.

Zelenskiy will this week travel to Paris to discuss the rising tensions with European allies.

Asked by BBC Radio 4 how concerned world leaders should be by the situation in Ukraine, Mr McFaul responded simply: 'Very.'

Ukraine has begun pumping out its own images of military preparations, including troops practicing with an anti-tank launcher

A Russian 'peacekeeping' vehicle is seen on the move in Transnistria, in Moldova, along Ukraine's western flank

While US Secretary of State Antony Blinken has threatened 'consequences and costs' if Russia moves into Ukraine, Mr McFaul said his threat does not go far enough.

He called on the White House should be explicit in spelling out what its retaliation would be if Russia attacked, in the hopes of changing the calculation Putin makes before giving the order.

'Sanctions almost never change Putin's behaviour post-facto, but they might change his calculations before he decides to make a move,' he said.

He added that the G7 should also put out a statement condemning Russia's actions instead of forcing America to take its stand alone.

Invited to speculate on why Putin is now making an issue out of a conflict that has been smouldering in eastern Ukraine for the past five years, Mr McFaul pointed to 'tough' things that Biden has said about the Russian president since taking office.

Back in March, Biden called Putin 'a killer' while threatening to retaliate against Russian attempts to interfere in the 2020 election.

The remark caused fury in Moscow, as Putin's spokesman called it 'unprecedented' and said it is clear that Biden 'does not want to improve relations with us, and we will continue to proceed from this'.

Observers have also pointed to pressure mounting on Putin from within Russia as a reason for him to ratchet up simmering tensions.

The president is facing slumping popularity in the polls, repeated leaks to the media about his closely-guarded private life, and serious opposition in the form of Alexei Navalny - the now-jailed critic who sparked mass protests back in January.

Andrea Kendall-Taylor, of the Center for a New American Security, told Foreign Policy magazine that 'it feels like Putin is drumming up the besieged Russia narrative'.

Amid the tensions, Russian media warned on Monday that the country is 'one step away from war' as anchors branded Ukraine a 'Nazi' state and played footage of weapons being moved to the border.

Ukrainian president Volodymyr Zelensky (right) has called for talks with Putin (left) to try and resolve the tensions, but says Moscow has not responded so far

Joe Biden raised tensions with Moscow by branding Putin a 'killer', with experts saying the troop movements are designed to 'test' the US president

Some carried 'peacekeeper' signs, normal for Moscow forces in the breakaway territory. It was not immediately clear where the forces were heading.

Troops and equipment have also been on the move in annexed Crimea, along with the Russian regions of Pskov, Ryazan, Rostov-on-Don, and elsewhere.

And reports say US military reconnaissance planes P-8A Poseidon and Lockheed EP-3E Orion have been spotted over the Black Sea close to Crimea during the weekend.

It comes after Dmitry Peskov, the Kremlin's spokesman, warned last week of the threat of a 'second Srebrenica' against Russian speakers in Ukraine - referencing a massacre of Muslims by Bosnian Serb forces during Bosnia's 1992-1995 war.

Deputy head of the presidential administration Dmitry Kozak warned that, if Russia finds reason to intervene in the conflict, then it would be the 'beginning of the end' for Ukraine.

Military action would be 'not a shot in the leg, but in the face', he added.

Fighting between Ukrainian forces and Russian-backed separatist movements in Donbass has already ramped up as tensions increase, Kiev says.

On Sunday, fighting saw one Ukrainian soldier killed and another wounded by artillery fire.

Ukraine says 27 soldiers have now been killed in the region this year, more than half the number who died in all of 2020. 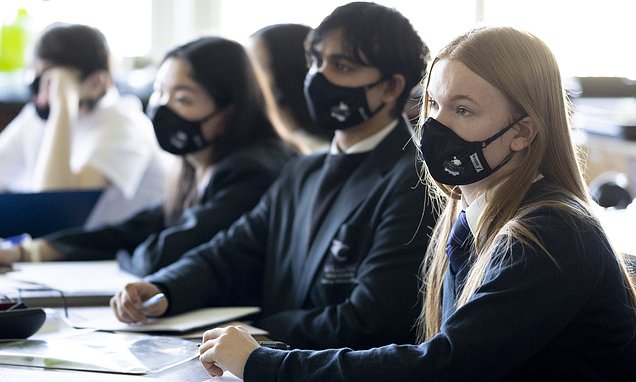 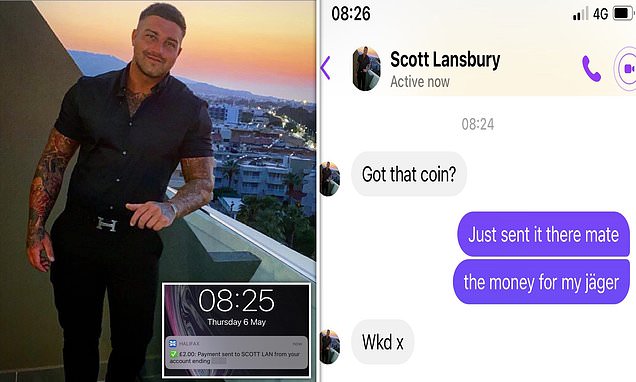 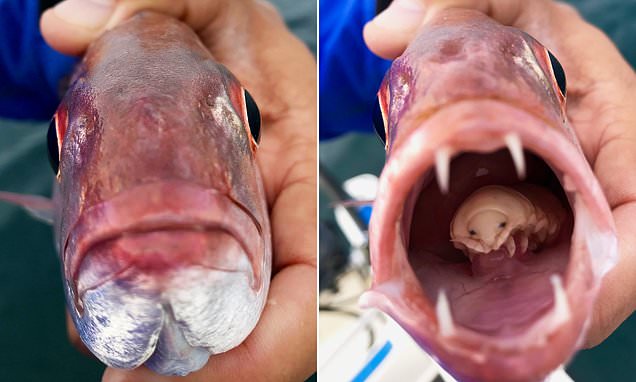 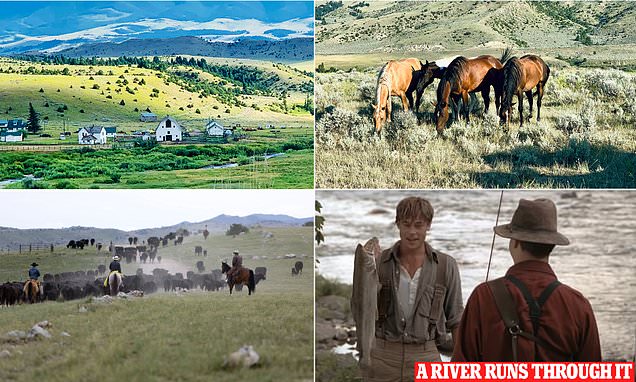